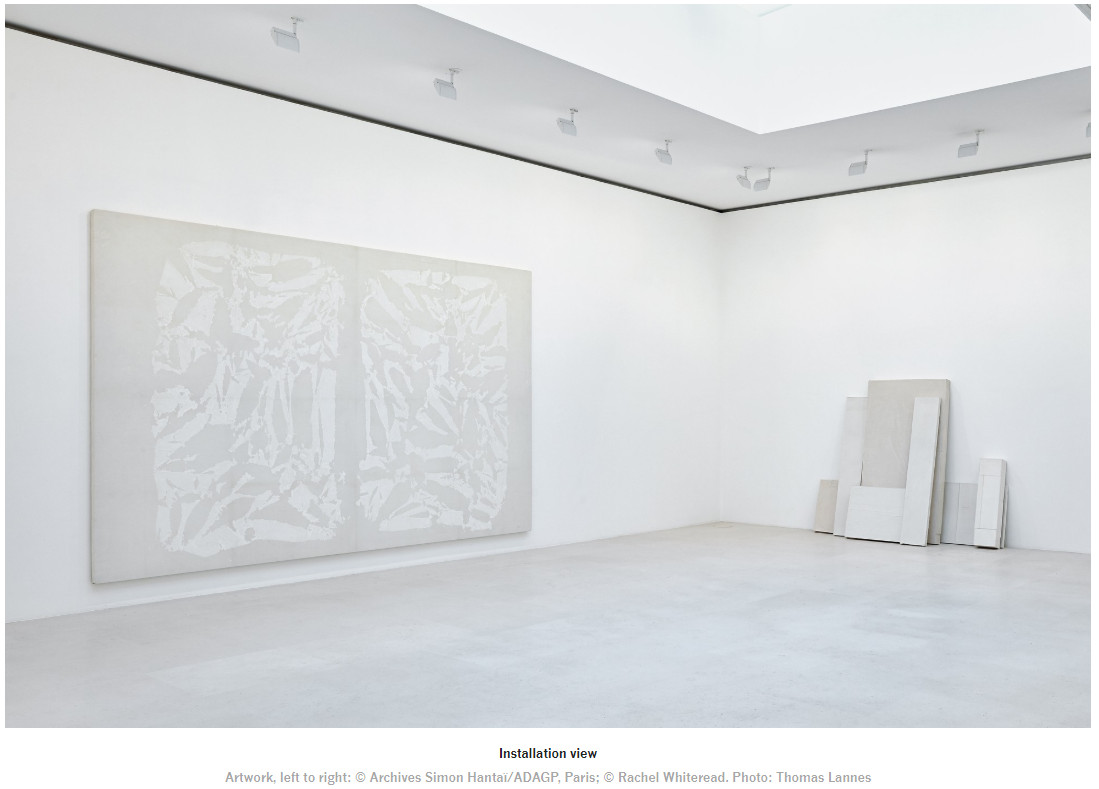 A century ago, Kazimir Malevich's Suprematist paintings heralded a revolutionary new interpretation of white, in which total abstraction suggests the utopian and the infinite. Since then, artists have deployed the achromatism of whiteness in an endless range of formal and symbolic ways, evoking states of emptiness and effacement, and summoning the raw potential of the blank page. Working in different contexts and with different ends in mind, the artists in Blanc sur Blanc find unexpected power and substance in what appears at first to be an absence or lack.

In 1946, Lucio Fontana and his students drafted the Manifesto Blanco, a vision for a fundamentally new method of artistic production that demanded that artists engage with the real-world physicality of their materials instead of treating the canvas as an illusory, self-contained space. It was out of this impulse that Fontana produced Concetto Spaziale, Attese (Spatial Concept, Waiting, 1966), one of his slashed canvases. For Fontana, the painting's allover coat of white formed a blank screen and acted as a vehicle for heightened drama, with any connotations of purity or tranquility disrupted by his forceful incisions.

During the last decade of his life, Andy Warhol broke with the visual and conceptual language of Pop art to produce idiosyncratic takes on abstract and gestural painting. Abstract Painting (1982) is one such work. Measuring forty inches square, the same dimensions that Warhol used previously for his notorious Society Portraits, the canvas is veiled in a white wash that permits only tantalizing glimpses of multicolored swirls beneath.

LEAN (2005) exemplifies Rachel Whiteread's practice of concretizing negative space in order to memorialize it. Here she has cast the interiors of various cardboard boxes in plaster of paris as a somewhat wistful tribute to the banal, quotidian container. The resulting geometric accumulation of minimalist white slabs is propped up casually against the gallery wall, ghostlike yet palpable.

Also on view are three recent pieces by Paris-based artist Sheila Hicks, whose textile works incorporate yarn-based techniques from diverse cultures. While Hicks's oeuvre is characterized by intense color, she also works with natural undyed fibers. Here she has fashioned spheres, woven rectangular canvases, and tumbling cascades of linen in neutral shades that exude a tactile yet meditative calm.