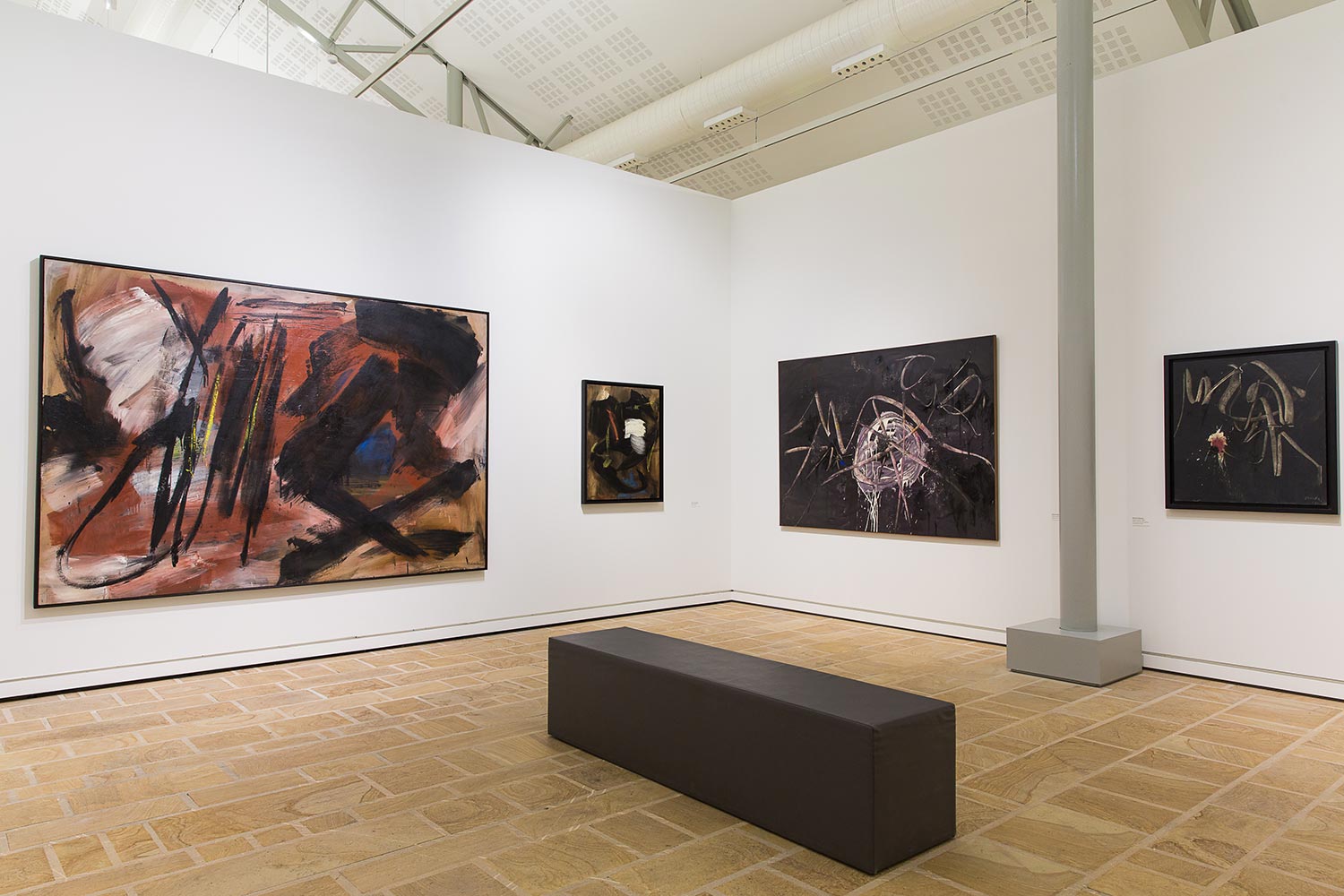 Hartung and the lyrical painters

In partnership with the Fonds Hélène et Édouard Leclerc pour la Culture of Landerneau (Finistère, France), the Hartung-Bergman Foundation is organizing the exhibition ?Hartung and the Lyrical Painters?, curated by Xavier Douroux, director of the art center Le Consortium (Dijon, France), which will run from December 11 to April 17, 2017.

The 60 artworks spanning a period from the 30?s to the 80?s, and including 20 paintings never shown before, were lent by the Foundation in order to create an exhibition that would not solely be dedicated to Hand Hartung, but rather, aims at giving an esthetic, historical, as well as critical overview of what is called ?lyricism? by displaying Hartung?s works along with the works of seventeen other artists.

Hartung has long been associated with this term dating from the post-war period. It characterizes a spontaneous and gestural abstraction in which the free expression of a subject, unleashed from its boundaries, dominates. Through this exhibition, an in-depth analysis of Hartung?s ?lyricism?, which paradoxically mixes freedom of gesture and controlled construction, will be displayed. To this end, Xavier Douroux has conceived a scenography that intertwines the works of the French-German painter with those of the artists traditionally considered as members of post-war ?lyricism?, starting with Jean Degottex, Georges Mathieu and Gérard Schneider, and including those of contemporary artists such as Albert Oehlen, Christopher Wool and Shirley Jaffe, who recently passed away.

One conclusion comes to mind from this historical mapping offered to the public: ?Lyricism? goes well beyond Paris in the years 1945-1960. It is also the predominant idea arising from the dialogue between Hans Hartung and those artists, whether they came from the German, French, American, or culture-bridging scenes like Cy Twombly, the American artist shaped by Antic references, who produced a major part of his work in Italy.