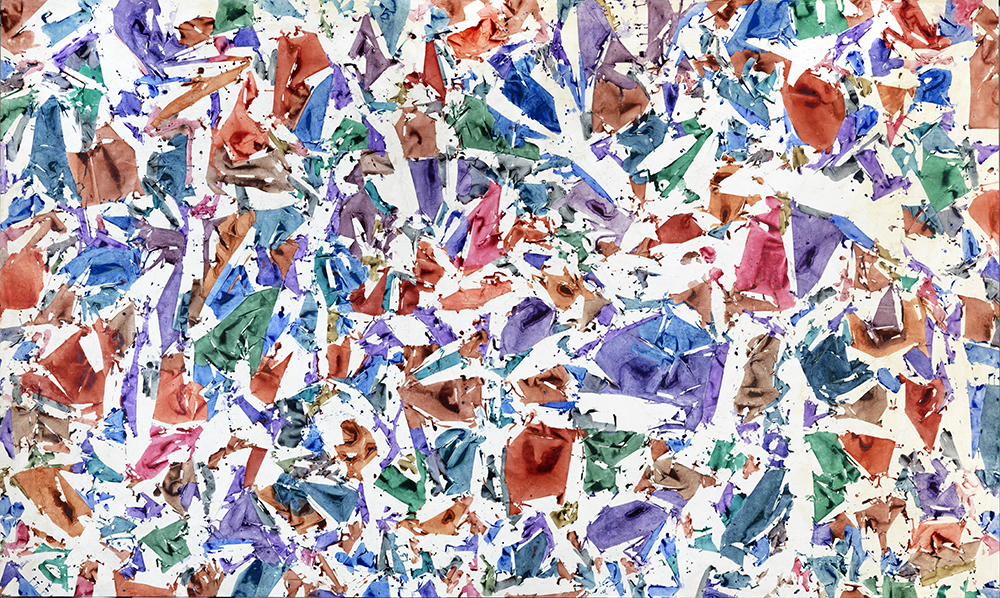 To celebrate the centenary of Simon Hantaï's birth (1922-2008), Fondation Louis Vuitton is organising an unprecedented retrospective exhibition curated by Anne Baldassari. It includes more than 130 of Simon Hantaï's works, many of which have never before been shown, and the majority of which are large format works from 1957 to 2000.

The starting point for the didactic circuit is the painting Écriture rose (1958-1959, which was donated to the government by the artist. Musée national d?art moderne / Pompidou Centre). It goes on to explore the successive periods of his work: Peintures à signes, Monochromes, Mariales, Catamurons, Panses, Meuns, Études, Blancs, Tabulas, Peintures polychromes, Sérigraphies and Laissées, before concluding with the "last workshop".

Hantaï's works are shown alongside the works of other major artists that had an influence on the artist, including Henri Matisse and Jackson Pollock, whose artistic influences were decisive in Hantaï's development, and Michel Parmentier and Daniel Buren, who were Hantaï's peers in the 1960s scene at the Cité des Fleurs. An unprecedented in situ intervention by Daniel Buren, called Mur(s) pour Simon ("Wall(s) for Simon") and designed as a tribute to Hantaï, is on display.

Curator and manager of the catalogue: Anne Baldassari