Between 1982 and 1985, Simon Hantaï created mainly small, multi-coloured paintings with very diluted, transparent acrylics, which he never exhibited in his lifetime.

The early 1990s were marked by numerous experiments based on juice, waste matter, dirt or various everyday domestic waste material with which he wiped the floor to create Pliages à usage domestique (foldings for household use).
In 1996, Simon Hantaï made large black and white silkscreens from side-angle photographs of the Tabulas in the CAPC, which are then reframed and placed vertically to create large vertical black and white strips.
He continued working from photographs with his Suaires in 2001, obtained from digital prints of a photo of a Tabula Lilas from 1982 whose canvas had yellowed with age.

In 2004, for his last works, the H.b.l (Hebhel), a digital image of the Tabula Lilas was processed until the original work virtually disappeared and a diaphanous image was obtained, reminding Hantaï of a "condensation", hence their title in Hebrew. 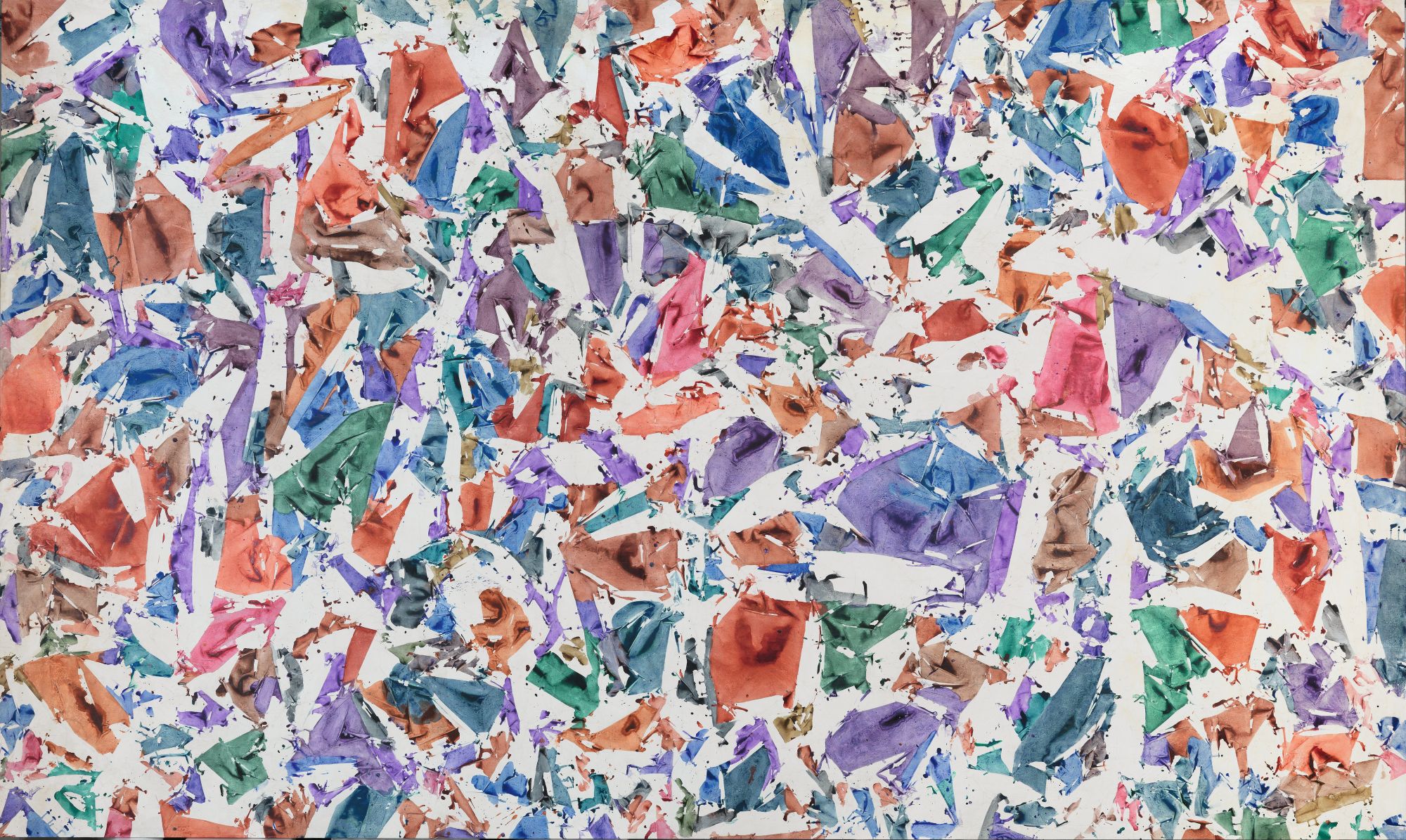 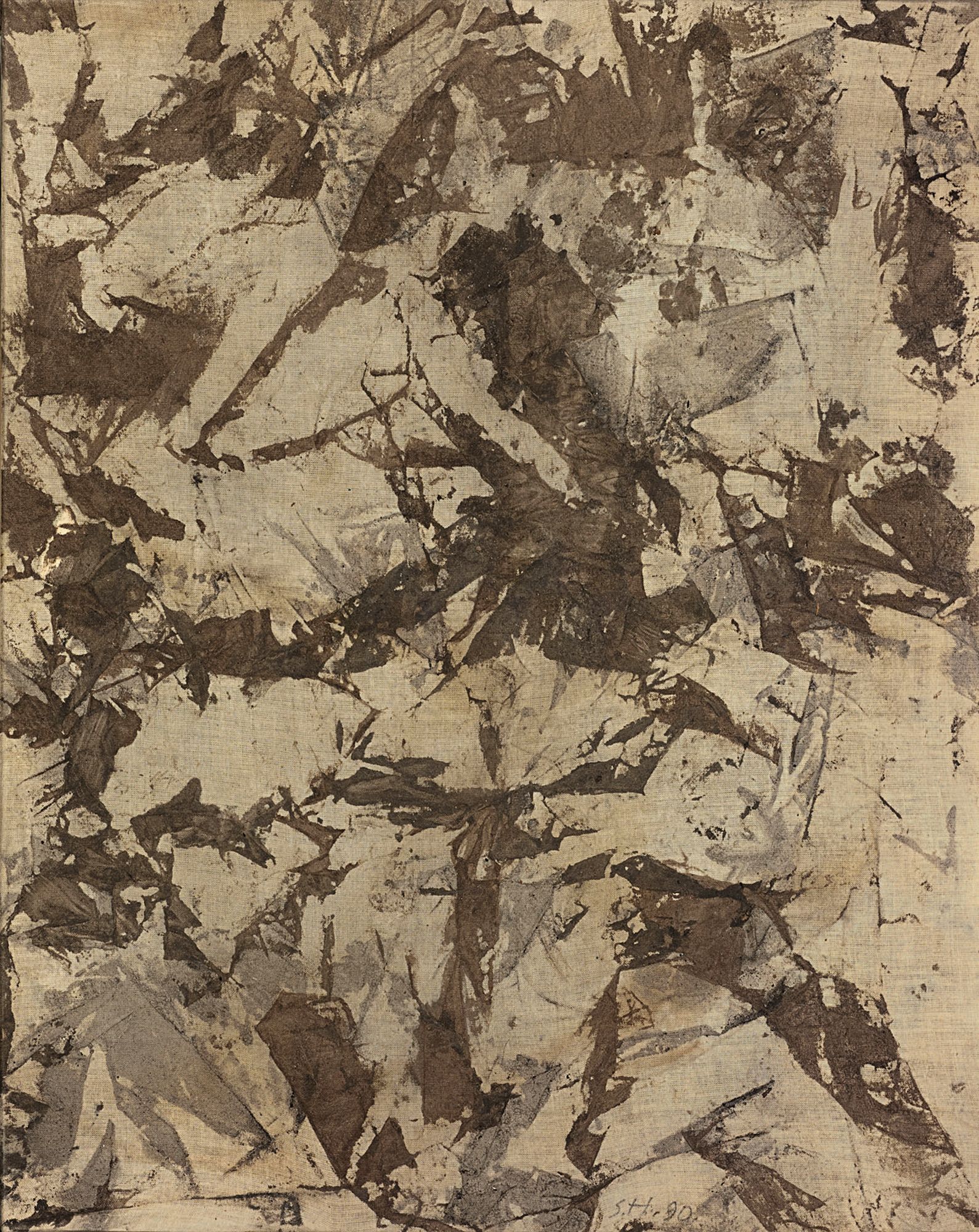 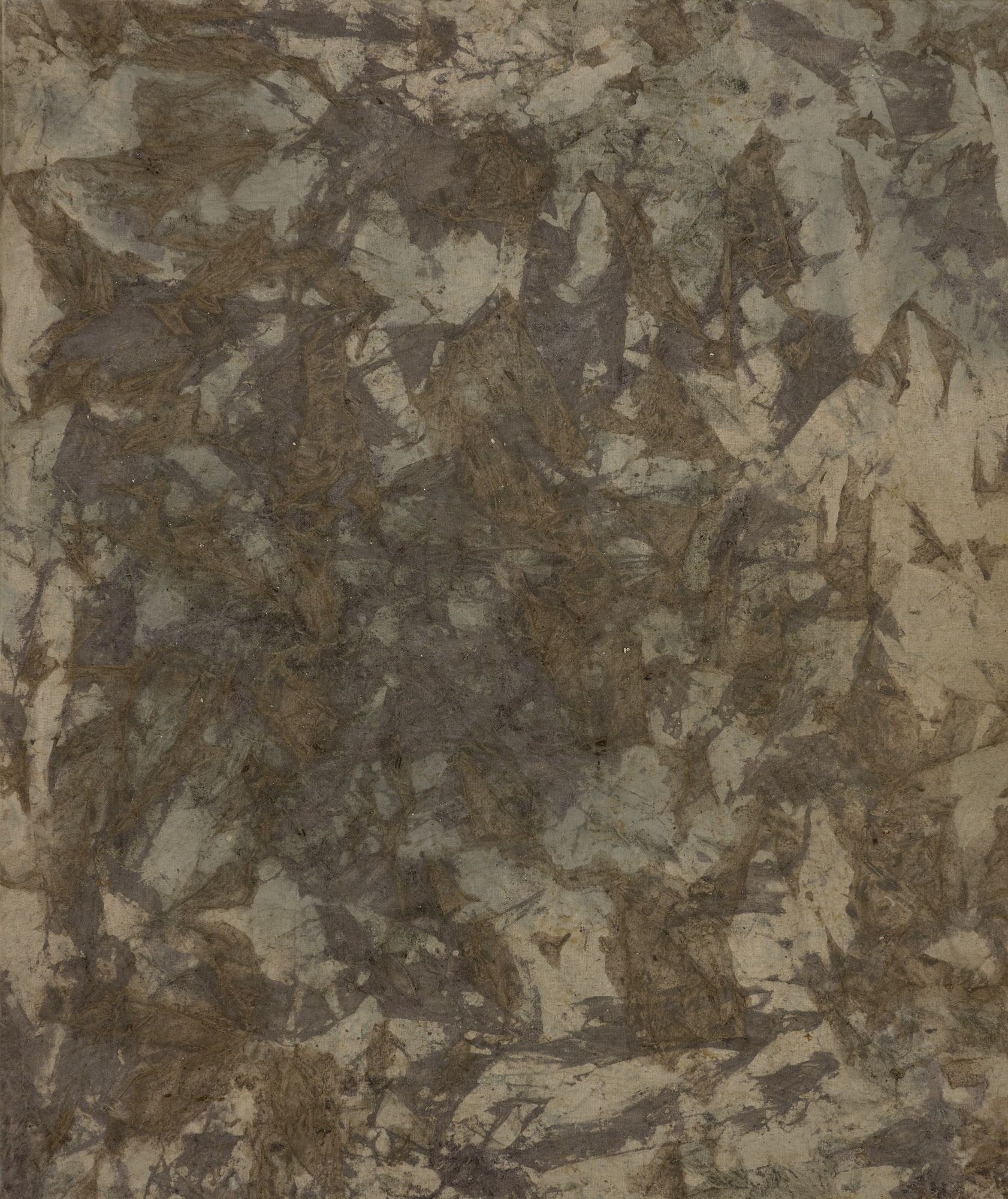 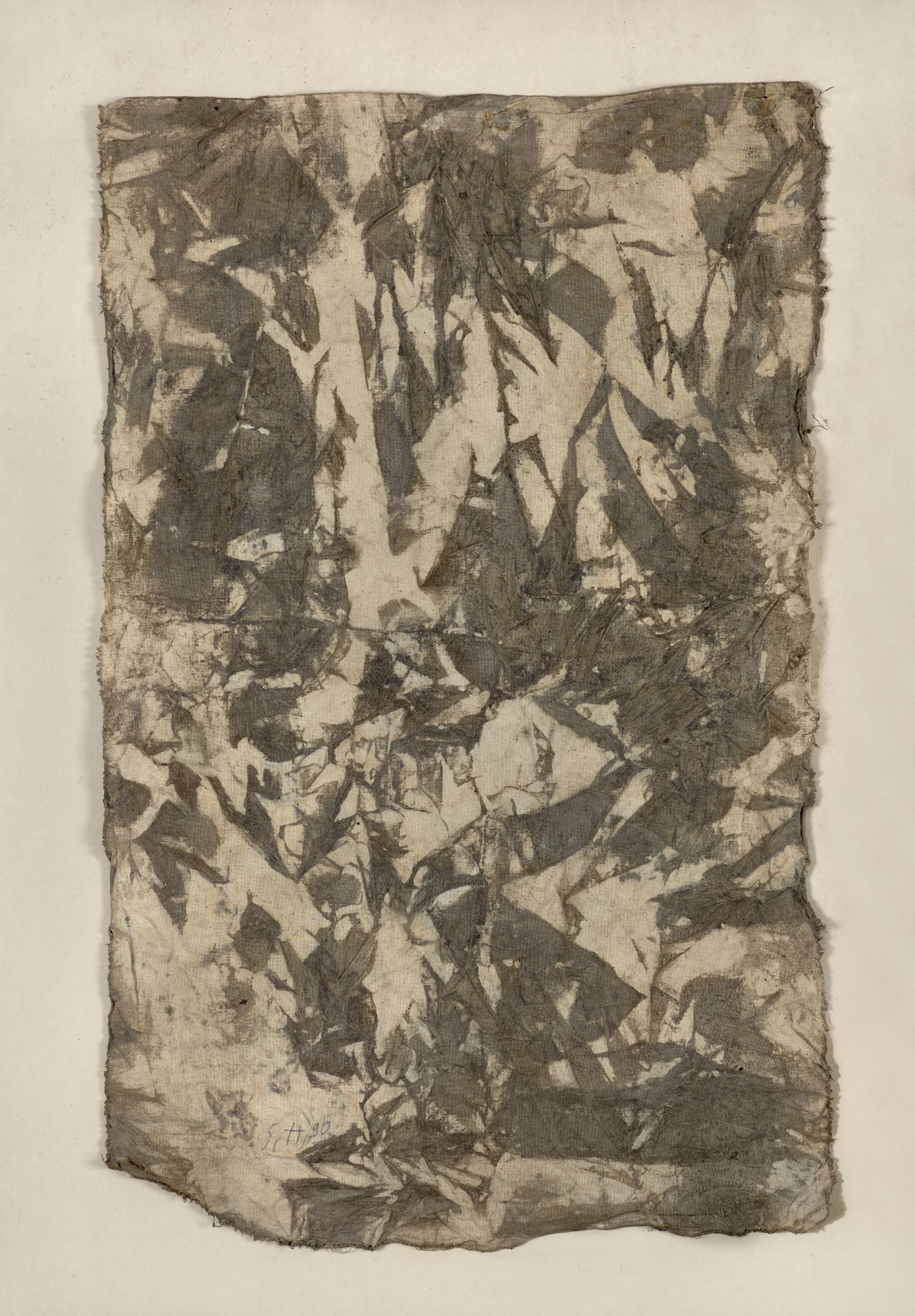 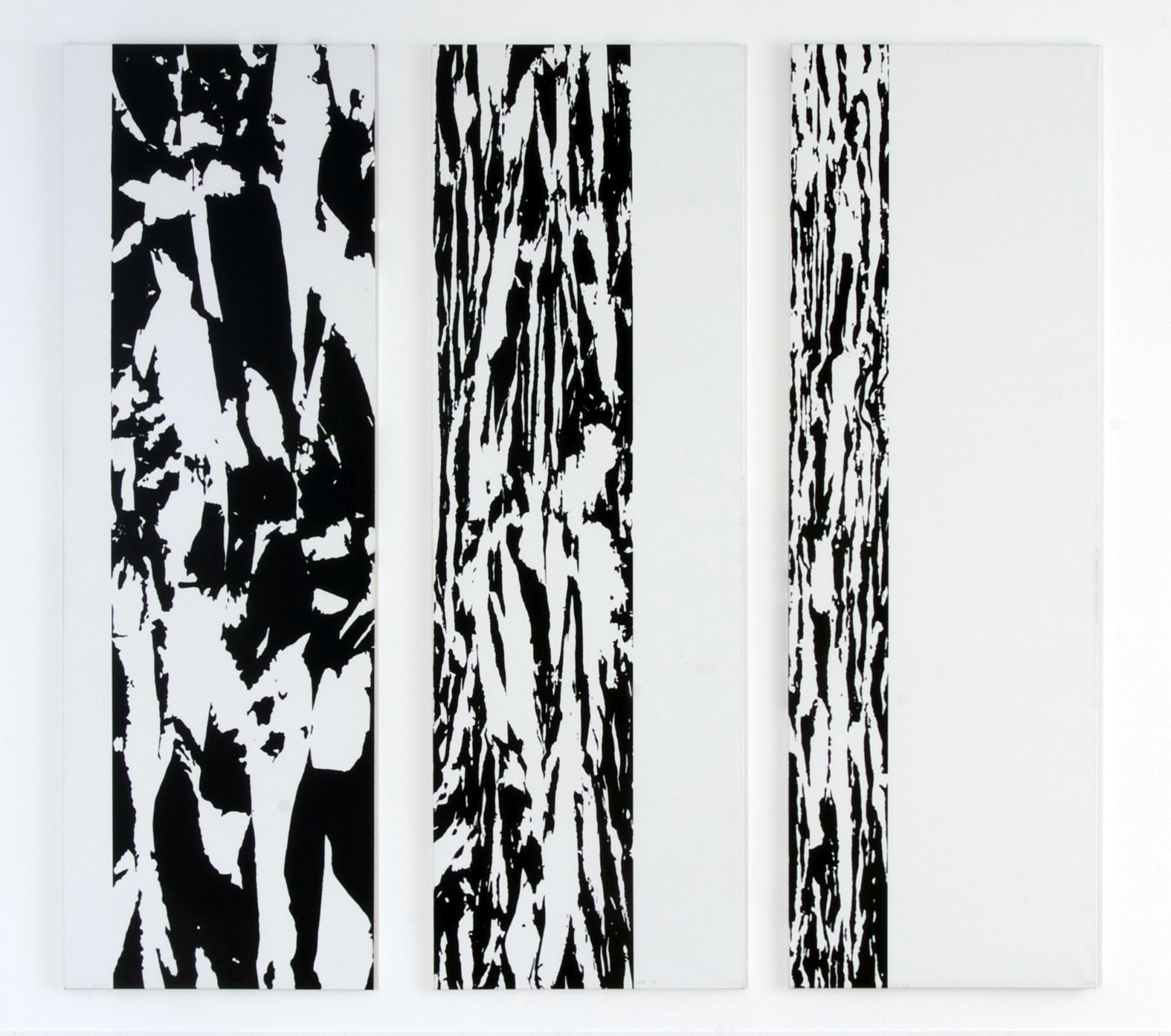 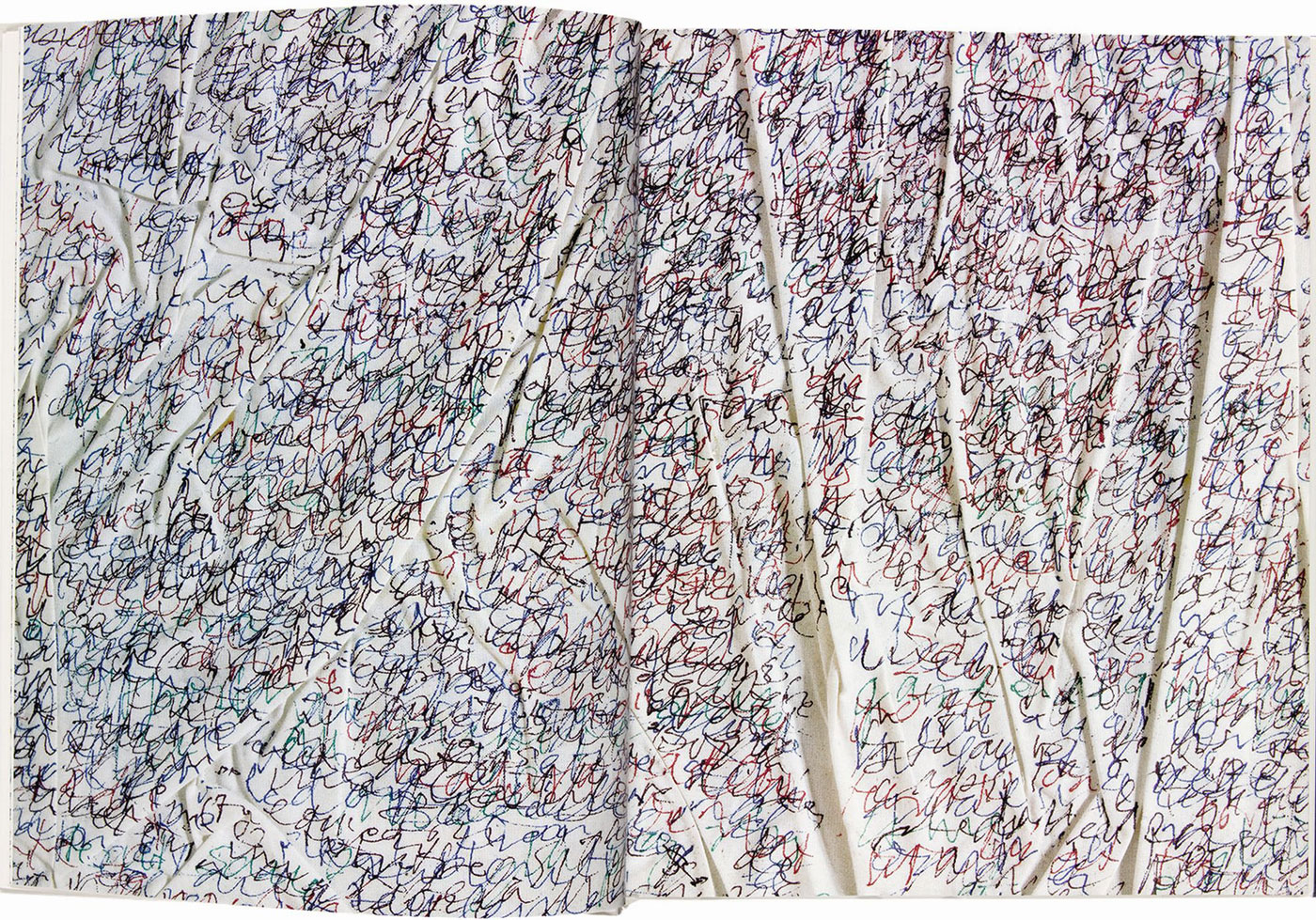